When you’re looking for a public speaker it makes smart business sense to hire someone who has been there, done that and has the T-shirt. Someone who has become successful in every one of his career changes. Someone who is optimistic, with an engaging personality, that can motivate an audience from personal experience. And that certainly is Barry Casson csc. His inspirational talks and presentations on “How to Become Who You Were Meant to Be” are loaded with the tools and techniques to change your life.

As a young Canadian Barry wanted to become an accomplished drummer. He did that an went on to become the drummer behind legendary rocker Chuck Berry on his tours of England and France.

Barry followed this by providing the solid beat behind musician Bo Diddley and also the band The Drifters on tours of Britain. Barry’s close friend, music producer David Foster, was also part of this touring band.

His next career, as an award-winning press photographer with an estimated 5,000-6,000 published photos, led Barry to study film in Hollywood and upon returning to Victoria, British Columbia he received numerous awards for his educational films, TV dramas, and promotional videos. Barry’s children’s outdoor safety film “Lost in the Woods” (already credited with saving the life of a child) has been widely distributed throughout North America and was voted most popular film at the Chicago International Film Festival.

In 1989, with his business partner Donna Clausen, he opened Vancouver Island’s first film school. For more than 15 years Barry Casson had the pleasure of instructing hundreds of students in the art of Cinematography and Lighting. His corporate video productions through Casson Films were nominated three times by The Canadian Society of Cinematographers of which he is a full member.

Barry’s varied professional background has provided him with the experience and expertise to conduct his numerous film and video workshops, presentations to business groups, and talks to high schools, colleges, and universities. Barry Casson’s presentation “How to use Video to Promote Your Business” is well-received by Chamber of Commerce groups everywhere.

Barry’s book The Video Bible (How to Create Your Own Business Video) is recommended reading by the US Book Review along with the Canadian Society of Cinematographers.

Barry Casson’s signature Talk entitled “How to Become Who You Were Meant to Be” is the perfect choice for your next event, conference, meeting or seminar.

Click Here to contact Barry Casson for more information and to discuss booking Barry to speak to your group or organization.

Passion for your Work Could Change Your Life… It Changed Mine!

Get Barry's new book "How To Become Who You Were Meant To Be" to help you on your path to success. Buy Book Here Dismiss

Get the tips and tools you need to take action and achieve your dreams.

Barry will take you through his life giving you vital tips and helpful information based on his vast experience. Not only will he entertain you with great stories, he will also give you a roadmap to success with 10 Surefire Ways to achive your dreams. 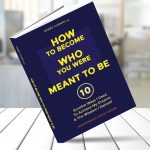